C-Section Awareness Month: A Brief History of the C-Section 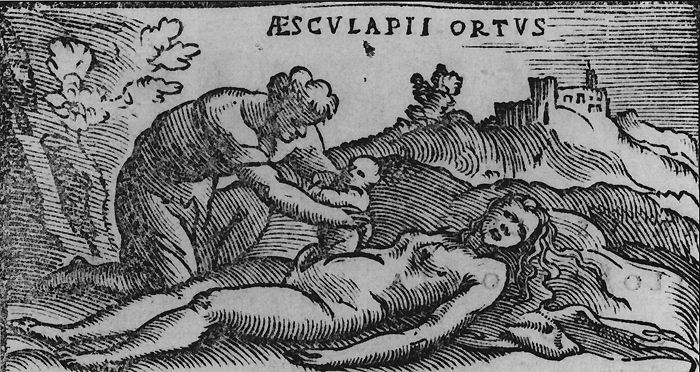 April is C-section Awareness month, and more and more women are giving birth by cesarean section, not just in the U.S. but also abroad: In some Brazilian cities, at least half of all deliveries are C-sections. Growing popularity is often a sign of something new. But the C-section is actually one of the oldest surgeries on record. References to C-sections go back thousands of years. Early Chinese drawings depict newborns being removed from openings in their mother’s abdomens. Ancient Greeks believed the sun god Apollo ripped his son Asclepius from his dying mother’s belly.

For centuries, legend had it that the procedure took its name from the Roman emperor Julius Caesar, allegedly removed from his mother’s womb through a surgical cut. Shrewd historians, however, doubt the truth of this. They point to evidence that Caesar’s mother was alive well into the emperor’s adulthood. An ancient Roman law stated that a baby must be surgically removed from its mother’s womb if she died in childbirth or just before. But the essence of the law was this: C-sections were reserved for the dead.

For centuries, in fact, the procedure was performed exclusively on the deceased, or on women with little hope of surviving labor. That started to change in the later Middle Ages — although the operation itself generally was a death sentence. In the days before germ theory, doctors operated with unwashed hands. And, believing that the uterus would heal itself, many closed their patients’ abdomens without bothering to stitch their wombs.

The first woman reported to have lived through a C-section was the wife of a 15th century Swiss farmer, Jacob Nufer, who was so distressed by his wife’s prolonged labor that he cut her open and delivered the child. Some scholars doubt the story: Surgery by a farmer with no training, instruments, anesthesia or antiseptics seems an unlikely formula for success.

Eventually, about 300 years later, women began to survive with some regularity. In the British Empire, the first known successful C-section was performed by Dr. James Barry, an eccentric army doctor who championed humane treatment of, among others, women. This made more sense once Barry died and an undertaker discovered “he” was actually “she.” (Barry masqueraded as a man to enroll in university and kept up the charade to practice medicine.)

French physicians honed the C-section in France also, and brought it to Louisiana in the 1800s, performing the operation most often on slaves.

C-sections — along with most operations — remained rare and often dreaded in the days before anesthesia, which came along in the mid-1800s. The procedure took off around the turn of the 20th century, when rickets, a skeletal disorder, began to plague malnourished families in crowded cities. The deficiency led to malformed bones, including the pelvis, that could make normal childbirth impossible.

Rickets was eventually linked to vitamin D deficiency and was eliminated in the U.S. via fortified milk. But C-sections didn’t fade as rickets had. Accounting for a very small percent of deliveries for much of the 20th century, by the late 1990s they made up a quarter. Many doctors believe that’s twice what is medically necessary — yet the numbers have been steadily climbing since.